» About Us » Our People » Sanjeev Batra 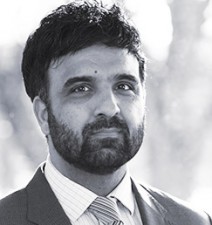 Originally from the West Midlands, Sanjeev attended the University of Sheffield where he obtained his degree in law.

He completed his training to be a solicitor with city firm, Howard Kennedy, qualifying in 2001.

Sanjeev joined BRM in September 2012 from Birmingham firm Young and Lee and is experienced in all aspects of commercial real estate work, specialising in acquisitions, sale and leasebacks, disposals, security transactions and landlord and tenant issues. He became a director of the company in April 2014.